26 Signs You Were A History Major 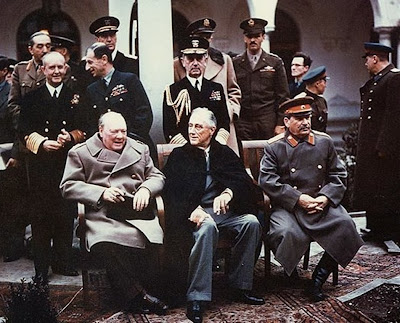 Yes, I'm a history major - and fiercely proud of it. Other people have master's degrees in things like communications, marketing, business administration etc. I have one in modern Japanese history and I've never regretted it - either personally or professionally. And as far as I may have strayed from the academic path as a historian, it's still in my blood. And if you too are an incurable historian, you'll probably recognize more than a few of these personality quirks.

1. Your Mexican holiday travel plans include the National Archives in Mexico City.

2. Your credit card and online banking PIN numbers are dates of battles or obscure treaties.

4. You acknowledged that the TV show Deadliest Warrior was a horrible show and you cringed while watching it - yet you continued to watch it religiously.

5. You've used Ancient Sparta and Alexander the Great as arguments in favour of gays in the military.

6. You get positively tetchy when people joke about the French being cheese-eating surrender monkeys and immediately bring up William the Conquerer, Napoleon Bonaparte, the Battle of Algiers and other examples of Gallic bellicosity.

7. You actually know what the Latin motto of your university means - and you've tried to mess with people by making up obscene alternates to it.


9. You know that the "Meiji Restoration" isn't a digital data recovery function.


10. You think the History Channel has sold out by pandering to religious zealots and conspiracy nuts and you scoff at its mere mention - and yet you continue to watch it.

11. When somebody asks you what historical figure you'd like to meet you can't give a straight answer, prefacing that it's a "complicated question."

12. You wish that they would make a Star Wars movie set immediately after Return of the Jedi centred on the "Coruscant War Crimes Tribunals" wherein the surviving Imperial officers are tried for war crimes Nuremberg-style - and have actually thought about writing a piece of fan fiction along those lines.

13. You can't watch a sci-fi or fantasy movie without deconstructing it along the lines of what historical civilizations inspired it.


14. You've been on holiday in a foreign country and found yourself explaining the origins of place names in that country to people who live there.

15. You know Napoleon wasn't really that short - and that he was actually an Italian guy named Napoleone di Buonaparte.

16. You've reached for a condom in a moment of passion and your mind immediately starts to fixate on how bad a name "Trojan" is for a condom given that the Trojans were indeed "impregnated" by the legendary wooden horse.


17. You "celebrate" Columbus Day by raging about colonialism and cultural genocide via social media.


18. You've used the word "historicity" in conversation without even realizing it.

19. You know that the Iroquois Confederacy served as a model for the United States of America and its constitution - and was far ahead of the latter in racial and gender terms.

20. New-age bookstores and alternative healing fairs make you angry - not for all the pseudoscience but for all the brazen cultural appropriation and modern inventions that purport to be "ancient knowledge and practices."


21. You actually know what the Seven Wonders of the Ancient World are and get mad when people get them wrong.


22. You understand that Tintin au Congo, a comic book widely condemned for its caricatured portrayals of Africans, was actually an anti-colonial statement by an author who was deeply critical of his native country's abuses in former Belgian Congo.


23. You have a pet historical figure who is traditionally maligned but you are convinced has gotten a bad rap  (e.g. Richard III, Neville Chamberlain, Jan Smuts). Likewise you have a historical figure you love to hate while the rest of the "historically ignorant" world loves them (e.g. Christopher Columbus, Mohandas K. Gandhi, Che Guevara).


24. You own the complete Blackadder DVD set - and tend to preface ideas with "I have a cunning plan."

26. When you're asked if you could time-travel to either the past or the future you choose the future without a second's doubt because you know enough about the past to know how horrible 99.9 percent of it was. 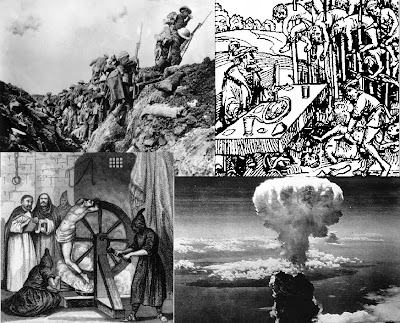