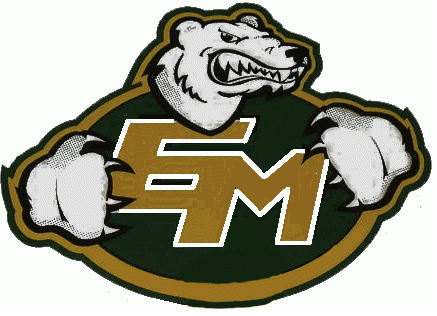 This afternoon I was interviewed by CBC Edmonton on a subject I never thought I'd be interviewed about - the issue of politically incorrect sports team names, and in particular the Edmonton Eskimos. When the network contacted me, my first reaction was, of course, "Why me of all people??"

The reason they sought me out, it turned out, was a post I wrote back in May 2012 on the subject of racially problematic team names. The article focussed largely on the Cleveland Indians, in part because I'm a longtime baseball fan but also because the backstory to the name is a fascinating one. But I also took a pot shot at our local football team, a team I otherwise have tremendous admiration for, not only for their on-the-field excellence but also for their superb communications team and stellar track record for community involvement - by players, alums, the cheer squad and their front office. The only thing the Eskies have going against them, in my opinion, is their name.

The Edmonton Eskimos is, in my humble opinion, a terrible name - for two reasons. The most obvious and talked about reason is the fact that the word 'Eskimo', while still in common parlance among Alaska's Inuit, is today considered a pejorative by the Inuit of Arctic Canada as well as in Greenland, owing to the name's alleged origins from an Algonkian term meaning "eaters of raw meat". (The Cree language cognate would be askamiciw, which is pretty close.) Furthermore, even if the etymological roots of the word are in some doubt, the mere fact that the word hearkens to colonial ethnocentrism for Arctic Canada's indigenous people makes the issue worth taking seriously.

But that's only part of my issue with the name Eskimos. In addition to being a now-offensive term, it's also a name that has absolutely nothing to do with the Edmonton region. Edmonton, as anybody with any familiarity with the city knows, is located in traditional Cree territory, and is situated a word away from the nearest Inuit settlement. Geographically speaking, Edmonton is closer to Los Angeles than to Iqaluit, and given the complete lack of ethnocultural connectivity between the Cree and the Inuit, it would make just as much sense to call the team the Navajo or the Aztec.

Defenders of the name will argue that it is a reflection (if a somewhat unlettered one) of Edmonton's historic role as "gateway to the north". But as we Edmontonians know, this epithet has always been something of a kiss of death for us. Just ask novelist and Edmontonian-at-large Todd Babiak what he thinks of the "gateway to the north" boilerplate - a characterization that for many in city implied that we're nothing more than a transit point to other places than a place where people might actually want to stay. The crux of the popular #MakeSomethingYEG campaign has been about changing the way Edmontonians talk about ourselves, because most of our slogans, from City of Champions to Gateway to the North, frankly suck. And having a football team - especially one with hallowed history and an impeccable community reputation - called the "Eskimos" isn't helping us.

No, we can do better than this, and this is why I'm proposing, for what it's worth, a new name for the team. Let's not make the whole Redskins controversy force our hand - let's do it ourselves. Over the phone I was asked what I would like to see the name changed to, and I didn't have an answer. But shortly thereafter a new named dawned on me: the Edmonton Muskwa.

Muskwa, for those who don't know, is the Cree word for 'bear'. But it's more than that. The word muskwa (or maskwa, depending on the romanization) holds a deep significance for the Cree people, as the bear one of the most hallowed figures in Cree cosmology. It's a name that has deep resonance among Alberta's Cree population, as evidenced by the decision by the band councils of the adjacent Samson, Ermineskin, Louis Bull and Montana First Nations (located south of Edmonton) to change the name of their combined municipality of Hobbema to Maskwacis (Bear Hills), a name that long predates European colonization.

Edmonton Muskwa - think about it. In addition to being a nod to the Edmonton region's original inhabitants and a name far more reflective of the region than the Eskimos, here are a few other arguments for the name:

In sum, I would like to see the team's name changed, although not necessarily for the reasons that are being trotted out. Unlike with the Redskins and the Indians (and to a lesser degree the Chicago Blackhawks and the Atlanta Braves), we really haven't seen the kind of polarized acrimony over this issue north of the border.

My sense is that this is because we're a little easily inflamed people than our southern neighbours, and Edmontonians in particular are a sanguine bunch who don't come to anger quickly (unless it's over Neil Young making silly remarks about the black viscous livelihood to the north). That and Albertans are a pretty libertarian bunch who tend to take poorly to being hectored by the standard bearers of political correctness. Moreover, the Eskimos have never had a racially caricatured mascot like the Indians or the Redskins have had, which has, I think, allowed the Edmonton public to disassociate their team name from the ethnic group it was once applied to. To most Edmontonians, the word "Eskimo" means football - and nothing else. Hidden in plain sight.

Still, I say let's change the team's name and start a new chapter of sporting history here in Edmonton. Do it because "Eskimos" is really a silly name for a region with no relation to the Inuit, and because we have a beautiful cultural inheritance of our own in this city. In my January 2014 post on Edmonton New Year's resolutions, I challenged the city to take more ownership of its Aboriginality - after all we're, by some counts, the most Aboriginal city in Canada. Adopting the name Edmonton Muskwa for our beloved football team would be a decisive step in that direction.

That and it would be fun. And it's a cool name. At least I think it is. MUSKWAAAAA!!!!