Inigo Montoya Teaching Moment #2: The Battle of the 'Genders' 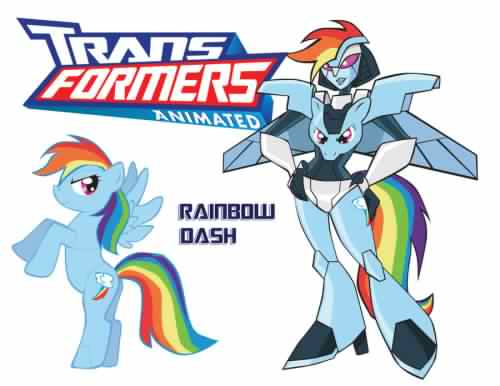 Last month I wrote the first in a series of posts entitled Inigo Montoya Teaching Moments aimed at drawing attention to some of the English language's most chronically misused words. Today's teaching moment focuses on another pet peeve of mine - the continued misuse of the word 'gender'.

Over the past week I've been either a participant or a lurker in a number of Facebook flame-fests on the subject of feminism and 'gender'. Anti-feminist arguments, usually although not exclusively coming from men, come from a wide range of angles and perspectives but all seem to boil down to the same three basic arguments, namely:


Of these three arguments, the first two can be KO'd pretty expeditiously with the help of easy-to-find statistics from the UN or Statistics Canada or even a bit of critical thinking. As for the "women are different from men" argument, this is the old favourite of those intent on justifying the strict gender binary of toys, clothing, decor, TV shows and other cultural accoutrements. While factually and indeed tautologically true, the statement is nevertheless grounded in the incorrect and problematic notion that 'sex' and 'gender' are the same thing.

The word gender is an old word that, like most of our language, comes from French. The French word genre has itself made it into the English language as a synonym for category and thus serves to help differentiate between speed metal and Schubert art songs. The word gender appears only once in the King James Bible, to my knowledge, and refers to 'breed' - and is interestingly used as a verb, as in "Thou shalt not let thy cattle gender with a diverse kind." (Leviticus 19:19)

Prior to the 1950s, the word 'gender' was strictly used in reference to grammatical categories. French and other Romance languages of course have a binary gender system, with languages like German have a third (neuter) gender. Many Asian languages such as Japanese and Thai have masculine and feminine modes of speech, with the Thai language featuring the masculine and feminine concluding particles khrap (ครับ) and kha (ค่ะ), which serve to denote the sex of the speaker.

The point here is that 'gender' is a cultural construct, not a biological condition. It was sexologist John Money who coined the term 'gender role' in 1955 as a means of signifying "all those things that a person says or does to disclose himself or herself as having the status of boy or man, girl or woman respectively, inclusive of but is not restricted to sexuality in the sense of eroticism." In other words, gender has nothing to do with your physical anatomy, but rather the accoutrements of girlhood (Barbie dolls, Disney princesses etc.) or boyhood (GI Joes, Transformers etc.).

However, since around the 1980s the word 'gender' has slowly but surely supplanted the word 'sex' in the English language in reference to the boy-girl dichotomy - probably in reaction to the hysterical frissons the latter word triggers. And today it's pretty much entrenched, with organizations like the US Food & Drug Administration now using the word gender instead of sex. This usage, however, is still incorrect. Thankfully, the UN World Health Organization not only continues to use the word sex to describe biological differences between men and women but also devotes an entire page of its website to explaining its choice of word usage. The WHO explains it thusly:

"Male" and "female" are sex categories, while "masculine" and "feminine" are gender categories.

Aspects of sex will not vary substantially between different human societies, while aspects of gender may vary greatly.

Some examples of sex characteristics:

Some examples of gender characteristics:

So why make a big deal out of all this? 'Gender' is fluid, culturally determined and not strictly binary. Many human culture have had - or continue to have - more than two 'gender' categories. Since the mid-2000s, both India and Pakistan have officially recognized a third gender category after decades of lobbying by the hijra (traditional transsexual community) in both countries, and the third gender category 'two-spirit' has gained currency across a wide swath of North American Aboriginal cultures in reference to LBGT people, with cognates in Cree (ayekkwe), Ojibwe (niizh manidoowag), Navajo (nadleeh), Lakota (winkte), Arapaho (haxu’xan) and Apache (ńa-yėnnas-ganne) and Crow (bate), among many other languages.

Sex is what we're born with. Gender is what we do with it, either by choice or by cultural design. And by confounding these two terms, we're erroneously assigning modes of behaviour and cultural expression to biological determinsm, which has been shown again and again to be false. Nobody is born with an innate predisposition to play with Barbie dolls or watch UFC. That's cultural programming, pure and simple.

The sooner we can get back to the proper use of the words 'gender' and 'sex', the better chance we'll have at combatting the entrenched inequalities in all of our human societies that are rooted in traditional gender roles and applied to biology.