Brush Talk is now a full five months' old, and as such has been around just long enough to have developed certain viewer trends. This month has been by far the busiest to date, traffic-wise, owing in no small part to a certain ranty post about a certain viral video campaign. Suffice it to say I'll be scouring the intertubes for the next viral video phenomenon lest my readership drop off the face of the earth in the coming months.

Over the first five months of Brush Talk's existence, one of my biggest mysteries has been this blog's apparent small but consistent following in Russia. Canada of course commands the lion's share of this blog's readership, followed by the United States, but Russia has consistently ranked at number three, significantly outranking both the UK, where I have family and friends, and Japan, a country where I lived for six years, have many friends and continue to accord outsized attention on in this blog.

Why this is the case is a mystery to me. I've never been to Russia in my life. I'm not aware of my having any friends or contacts there, although I do have a few expatriate Russian friends in this country. And I've barely written about Russia on this blog, and the few times I have haven't exactly been flattering. I wrote about the Russian government's official web portal in my December post on The Best and Worst of Government Web Design basically to say that I thought it sucked, and then two months later wrote about the Nord-Ost Hostage Crisis within the context of botched crisis communications.

And yet, people in Russia continue to follow my blog. I have no idea why. Perhaps because I've pissed them off (although my Russian following emerged well before the web portal and Ost-Nord posts). Perhaps it's a small group of Russians with a bizarre obsession with Canadian PR students and their travails, much like David Hasselhoff's German followers, only weirder. It has even occurred to me that brushtalk might be an obscene word in Russian, although I've found no indication that this is the case. (I did look it up.)

But whatever the reason, I am touched that I have a following in the land of cosmonauts and vodka shots. After all, these are a people who are tough to impress. As such, I would like to take this opportunity to make clear to any Russians reading this post that while I may have been critical of certain aspects of Russian government communications in the past (which frankly pales in comparison to the things I write on Facebook about our current prime minister here in Canada), I have nothing but total respect and admiration for your country's contributions to our global civilization and culture. When it comes to civilizations that leave me awe-struck, the land of Tolstoy, Tchaikovsky and t.A.T.u. is way up there. I sincerely hope to visit someday, but for now I'll have to content myself with my top ten list of things I love about Russia.

There's a reason why Russians have always made such great movie bad guys and femme fatales. The Russian language - and the Russian accent - just sounds so freakin' bad-ass, the perfect combination of sexy and sinister. Byutiful, dahlink!

Only sold in one place in Edmonton, to my knowledge - the Liquor Depot on Jasper Avenue. Trust me, it's worth the trip.

He suffered for his art like few ever have, penning exploratory music through the horrors of Stalin's purges and the 'Great Patriotic War' with the fear that he could be whisked away to the Gulags at any time for falling foul of the government. His Fifth Symphony, which premiered in 1937, literally saved his ass, and still stands the test of time as a phenomenal work.

7) Excellence in science and academia - against all odds

27 Nobel laureates is nothing to sneeze at, especially for a country whose modern history is one best characterized by catastrophic warfare, tyranny and economic turmoil.

Vodka may be the beverage most closely associated with Russia, but nobody does tea better than the Russians. Steeped in silver samovars, flavoured with lemon and sweetened with jam, Russian tea culture puts the Brits to shame and gives the Japanese a run for their money.

5) Environmental activism - against all odds

The Russian government may not be winning any awards these days for promoting a 'green' agenda, but Russia's grassroots enviro-crusaders, whose causes range from the Siberian tiger to Lake Baikal, are some of the toughest activists you'll find anywhere. The campaign to save the historic Khimki Forest outside Moscow has seen ugly repression in recent years, but tree-loving Muscovites are not backing down.

Anyone who believes that the Russians have no sense of humour has evidently never seen The Festivities, Uncle Vanya or, for that matter, George F. Walker's brilliant bastardized riff on The Three Sisters in his early piece of dramaturgical terrorism Beyond Mozambique. A lifelong medical doctor with a penchant for extreme travel and black humour, Chekhov was part Monty Python, part Ernest Hemingway, all classic Russian badass.


3) The only real space program

In spite of the minor inconvenience that their main launch facility is situated in the now independent republic of Kazakhstan, the Russians remain the masters of outer space, or more specifically the masters of putting human beings into outer space. While some have criticized the Russian government for devoting up to 50 percent of the country's space budget to manned space travel, it goes without saying that if the shit really hits the fan on this planet, it's the Russians that will be in charge of transportation to the nearest habitable planet. And in the meantime, the Russians have big plans for space tourism - for those with a hell of a lot of money to burn. 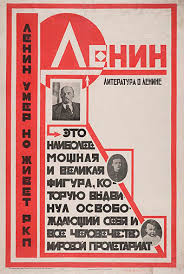 From St. Basil's Cathedral to the opulent underground passageways of the Moscow Metro to the capital's ultramodern International Business Centre, no country does design to quite the extreme as the Russians do. "We're going to hell in a handbasket but we're looking good doing it" might well be the official design slogan of a country where even the most decrepit Siberian outposts have a certain vintage Star Trek-type charm. And then there's all the cool Soviet-era typefaces. Gotta love it!


1) Resilience, come hell and high water (or some combination thereof)

Far be it for me to trivialize the horrendous ordeals that the Russian people have been forced to endure over the past century-plus. Nevertheless, the fact that theatre troupes remained active amid the wholesale economic collapse of the early 1990s and that composers, choreographers and poets continued to work amid the terrifying climate of Stalin's purges says something about this place. One can only hope that this country's great creative spirit doesn't have to suffer the same tortures in the 21st century that it did in the 20th. And yes, I realize this is an intrinsically paradoxical statement, but in the words of V.I. Lenin, deal with it, comrades!
Posted by Ben Freeland at 00:14