I've been a die-hard fan of Monty Python - both the films and the original Flying Circus series - for as long as I can remember. For whatever reason, the Pythons' inimicable blend of surrealist social commentary and crass ridiculousness for its own sake makes me laugh just as much now as it did when I first discovered it, and now thanks to YouTube I can find pretty much whatever Python vignette I get a hankering for.

A large part of the everlasting appeal of Monty Python has, for me at least, always been the obvious intellectual diversity of its cast. Between the six of them, the Pythons covered the disciplines of medicine (Graham Chapman), law (John Cleese), history (Michael Palin), English (Eric Idle and Terry Jones) and political science (Terry Gilliam), making them a veritable university unto themselves. Their penchant for high-minded themes was matched only by their glee with which they tore them to shreds. From existentialist philosophy to politics right and left, from old English mythology to the Gospels, nothing was ever off limits.

A recurring theme throughout much of the Pythons' work (and in related series like Fawlty Towers) was the absurdity of human communication. A great many of Monty Python's classic routines centred around the maddeningly inefficient and counterproductive ways human beings communicate with one another as well as the great lengths people will go to conceal obvious truths when a simple admission of error or wrongdoing would have been far less painful. As a PR practitioner, I have indeed gained a whole new appreciation for the Pythons' brand of humour, as I believe it has much to offer us in the way of communications and crisis management lessons.

One of the most important steps in formulating a communications plan is the SWOT analysis, in which you determine an organization or company's strengths, weaknesses, opportunities and threats. And once your threats have been identified, you have to be ready for them - and have a communications response at hand. And in the Python universe, being ambushed by Cardinal Ximenez and his goons (and tortured in the 'Comfy Chair') is a very real threat. In other words, there's really no excuse for not expecting the Spanish Inquisition.


2) Argument is not the same as contradiction.

There's an art to countering false or libellous information, and as a PR practitioner it's your job to 'set the record straight'. However, saying "no it isn't" in the style of the legendary 'Argument Clinic' sketch doesn't cut it unless your aim is to thoroughly annoy the media. Address the allegation, acknowledge whatever elements of truth it may contain and give the querant the benefit of the doubt while proceeding to counter the allegation. Getting upset or just smugly saying "you're wrong" will just piss people off.


3) Obfuscating obvious truths along the lines of "He's not dead, he's resting" will get you nowhere. One of the most important principles in good public relations is that you tell the truth and you get it out fast, even when it hurts (in fact especially when it hurts). And yet companies continue to follow the example of Michael Palin in the 'Dead Parrot' sketch insisting that the bird in question is resting, stunned, pining for the fjords etc., reputation management liability be damned. Rather like Syncrude and the ducks when you think about it. And those birds were definitely not just resting.


4) When asked a difficult and potentially dangerous question, try answering in the form of a question.

When asked by an evil bridge keeper what the air-speed velocity of an unladen swallow is, the correct answer is, of course, "What do you mean? European or African swallow?" As a PR professional you can't lie, but you can always turn the tables on a hostile journalist and assume the role of the interviewer. This works well in politics and the undisputed all-time master of it was Pierre Elliott Trudeau. In his famous 'Just Watch Me' interview, virtually every 'answer' he gives the press is actually a question. Brilliant!

5) Get straight to the point without any unnecessary preamble, especially when summarizing Proust. 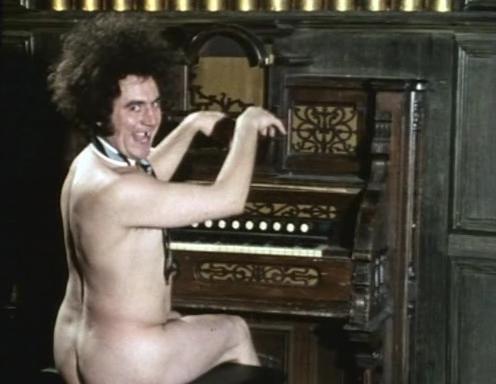 In the 'All-England Summarize Proust Competition' skit, the contestants had a total of 15 seconds to summarize Marcel Proust's Remembrance of Things Past. When you've got that short a span to time to get your message across, don't get into an in-depth preamble of the literary significance of the book, as the first contestant did, or for that matter stumble all over your words or riff on a single key message along the lines of "Proust in his first book wrote about, wrote about...." unless you want to lose your job to Carol Cleveland with enormous fake boobs.


6) Don't launch a communications plan (or a silly walk) until it's fully developed.

Remember that you're going to be duking it out for the public ear amid the relentless media noise and countless other competing messages. If you have a silly walk and want to promote it, make sure it's silly enough to get noticed and you've tried, tested and fine-tuned it for maximum silliness. Do your research and familiarize yourself with other communications plans and key messaging, and make sure you differentiate your own from the competition. And then stick to it.

7) When disseminating translated material, make sure you get a second opinion.

The notorious 'Dirty Hungarian Phrasebook' sketch clearly demonstrates the dangers of improper translation, and PR practitioners working in the domain of intercultural communications need to be mindful of this. When transmitting information in translation, it's always a good idea to get a second opinion on said translation. While it's unlikely that your official communique to a Taiwanese electronics CEO contains the phrase 'Drop your panties, Sir William, I cannot wait 'till lunchtime," it doesn't take a mistranslation of that magnitude to cause serious damage.


8) Things rarely, if ever, simply explode for no reason at all.

The exploding penguin on the television set or the inexplicable falling 16-ton weights are, on the surface at least, examples of sudden crises, the type that occur without warning. But in most cases, crises that appear to be sudden are in fact smoldering crises resultant from previously unaddressed weaknesses and threats. And when communicating, saying "Things explode every day" is not going to cut it. Tell the media that you'd get back to them, do your research, and then get back to them.


9) Avoid sticking to your messaging when the facts have obviously changed.

In one of the more surreal and gory scenes in Monty Python and the Holy Grail, King Arthur's Black Knight opponent not only refuses to capitulate even after he's had all four of his limbs chopped off, but he also stubbornly sticks to his increasingly unconvincing messaging of "'Tis but a scratch" and "It's only a flesh wound". Try this in the PR world and while you may not be left to bleed to death surrounded by your amputated limbs, you may well get dismembered by the press.

10) Always look on the bright side of life.

Well, this is something of an exaggeration (in fact perpetually dwelling on the positive will make you come off as insensitive and/or a complete idiot), but in a crisis communications scenario, it's always a good idea to have good news stories at hand to use once the crisis has been brought to a close. Especially if your company or organization has been (figuratively) crucified by the media, you're going to want to have something positive to tell your publics as you begin working to restore the organization's image. "When you're chewing on life's gristle, don't grumble, give a whistle...."
Posted by Ben Freeland at 23:28