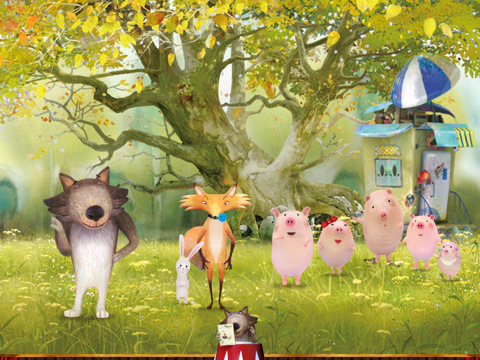 Social media - is it a truly revolutionary development that is reshaping our world in a radically new fashion, or is it simply a digital recasting of ancient social patterns?

Digital media scholar and consultant Jonathan Salem Baskin maintains that there's more truth in the latter than the former. In his recent book Histories of Social Media: 2,000 Years of Do's and Don'ts, Baskin contends that while the technologies used in social media are new, the types of connections that it facilitates can be traced back many centuries, and in many ways bears a closer resemblance to medieval villages than our modern day social groupings.

The book analyzes the forms and functions of social media one by one and in all cases finds historical antecedents. Crowdsourcing? The author alleges that villagers in medieval Europe used it to learn about treatments for the Black Plague. Engagement? 19th century industrial unions planned activism in ways that make 'friending' a product or service little more than a joke. Conversation? The Roman Senate used it to run an empire while the perpetrators of the French Terror used it to commit mass murder. Debate? People have jousted and dueled for centuries. Wikis? Oral narratives were the product of waves of user contributions, as was, for that matter, the Old Testament.

In today's world, many parents and teachers worry about letting their children loose in the dangerous digital jungle of the information age, with all of its many monsters and menaces. How did their counterparts in the ancient and medieval world safeguard their kids? Thanks to Aesop, the Brothers Grimm, Hans Christian Andersen and other social media educators of yesteryear, there has long existed an enormous body of cautionary tales about how to navigate this often dangerous terrain. And as it turns out, many of these fables apply just as well to today's social media as they did to the social and cultural landscapes that gave birth to them.

1. The Town Musicians of Bremen

Lesson: State your mission and objectives clearly when launching an online campaign. 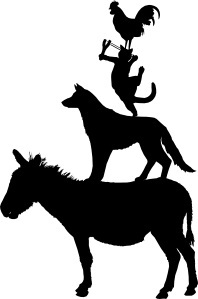 The Brothers Grimm's famous folktale about four disgruntled barnyard animals who abandon their abusive keepers and set off for the town of Bremen to become town musicians is a powerful tale of emancipation from mistreatment as well as a polemic against ageism (all four are 'past their prime' in terms of their usefulness). But it's also a lesson in the power of a clearly stated goal and purpose. Had the donkey simply said, "Hey guys, we're gonna hang out, maybe play some tunes and stuff..." it's unlikely that the four beasties would have banded together so closely. As it happened, they never ended up going to Bremen but the power of their strategic plan was enough to see them through every obstacle in their path.

Lesson: Don't stick with an online tool that doesn't fit your organization.

Most if not all digital media afficionados can relate to Hans Christian Andersen's melancholy cygnet who is ostracized by his adopted duck siblings before eventually finding a welcoming community of fellow swans. Most of us were nerds and misfits of one sort or another. But the tale of the Ugly Duckling is also a lesson in compatibility and the futility of sticking with tools that don't work. Just because people or organizations closely associated with you are using a certain type of digital tool doesn't mean it will necessarily work for you. Analyze your communications needs, scout out all the available tools and choose the best match.

3. The Boy Who Cried Wolf

Regrettably, social media networks are full of people who behave like the irresponsible shepherd boy in Aesop's famous tale about the perils of dishonesty. However, one doesn't even mean to be flat-out mendacious in order to suffer the same fate as the shepherd boy in today's social media world. The Boy Who Cried Wolf serves as an allegory for online reputation management, in which steady bombardment of useless information transmitted for its own sake means that genuine calls to action go unheeded. Decide what is - and isn't - worth communicating based on whether or not it meshes with your mission and stick with it.

4. The Tortoise and the Hare

The story of the greatest athletic upset in all of fiction serves as a powerful allegory for social media - and for Twitter in particular. In the Twittersphere, the only way to establish yourself as an influencer is through slow and steady daily output. Short, fleeting bursts of output followed by lengthy absences will completely undermine your effectiveness. The same also applies to blogging, where short but regular posts will galvanize your status while impressive flurries of activity followed by silence will get you nowhere in the blogosphere

Lesson: Take every measure to protect your online privacy.

This one is really a no-brainer. The character of the wolf in Charles Perrault's iconic fairy tale can be used to represent any number of online villains: hackers, identity thieves, Trojans, online predators....you name it. Having successfully gained access to Grandma's IP address, password information and various other choice bits of information, the wolf successfully commandeers her entire system and had it not been for the Deus ex machina intervention of the woodcutter-cum-IT troubleshooter, all would have been lost. At least Grandma thought to back up her system.

Lesson: Spend the money and build it properly from the beginning.

Three little companies set out on their own to build their own websites and establish solid online presences. In this case, the 'wolf' isn't a single identifiable menace but rather the cumulative effect of social and economic shifts, changing demands, the forces of competition and adversity as a whole. The third little pig invested in a first-rate website with a flexible content management system, a stable and user-friendly CRM and an intranet so as to facilitate good internal communication. The other two companies threw together something cheaper and faster - and suffered the huffing and puffing of a volatile marketplace and changing demands.

Lesson: Make sure you consult internally before embarking on a new tech development.

Here's a fable we've all heard before. A CEO decides it's high time to embark on a stunning new digital media campaign. He hires a team of slick IT consultants who entrance him with various exotic-sounding tools, and poof - he's sold. Unfortunately, he fails to consult with his staff, his business partners and other stakeholders and winds up with a website or array of digital tools that end up being completely ill-suited for the company's activities, while the consultants walk away with a fat cheque. In the end it's a bratty intern who opines that the new system frankly sucks ass. Moral? Get a second, third, fourth opinion before you drink the Kool Aid.

8. The Shoemaker and the Elves

Lesson: Take advantage of your people and let your online community do the work. 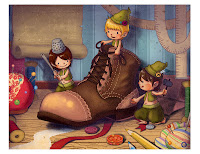 There's something very refreshing about the Brothers Grimm's tale of the destitute shoemaker whose fortunes are dramatically reversed thanks to an enterprising team of diminutive cobblers. While a great many children's fables champion grunt work and thankless industriousness, the tale of the shoemaker and the elves tells a very different lesson - take full advantage of the help that's offered, whatever shape it may take. And nowhere is this lesson more applicable than in today's social media, where the only route to success is creating conditions where your stakeholders take over the means of communication and communicate your messages for you. Give your people the materials (information and key messages) and let them do their thing while you monitor it. And you will reap the rewards.

Got any other examples of children's fables that are allegorical to today's social media? I'd love to hear them.
Posted by Ben Freeland at 06:47