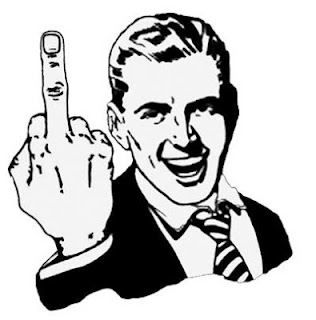 Yesterday I came across an article in the Toronto Sun that made my blood boil. The article, which was entitled '10 Ways Not To Be Poor', began with the opening salvo "The perpetually poor are not blameless." (Right off the bat you know where this train is going.) Sun columnist and 'conservative radio personality' Jerry Agar then proceeds to offer ten pearls of wisdom as to how to avoid being chronically destitute, such as don't see life is a lottery, don't set low goals and learn how to "manage your emotions." Thanks Mr. Spock. That's really useful!

Of course, Mr. Agar makes no mention of extenuating factors such as mental illness, physical ailments, domestic violence, inadequate public transportation, public safety concerns (in many cities) and other problems that contribute to trapping people in poverty. Nor does he acknowledge the importance of community organizations, educational programs and cultural institutions (all of which depend on government support for their existence) in helping people break free of the poverty trap. Moreover, he derides "pop culture and self-help programs" for instilling a culture of "wishing and hoping" while simultaneously spewing out a parade of platitudes taken straight from a third-rate self help book. Sometimes the irony truly writes itself.

What really gets me about this article, though, is what its actual intended purpose is. Imagine, for a moment, that you are a poverty-stricken person with two jobs, three kids to feed, a Mount Kilimanjaro-sized pile of bills on the kitchen table, disconnected power and an impacted molar that you can't afford to get fixed. You pick up the Sun at your bus stop at 11:00 pm on your way home and you read Jerry Agar's column, which its sage advice such as "God helps those who help themselves" and "Some low-income people find a way to save for the future, but they do so by foregoing $300 Nike shoes." Is there a single low-income person thus far who has read that article and thought to themselves, "Wow, I hadn't thought of that! I see the error in my ways!" I doubt even Jerry Agar can imagine such an occurrence.

Why, then, did he choose to inflict this article on the public? On this blog I make a conscious effort to write things that are either a) entertaining, b) enlightening, or c) a bit of both. Agar's column is none of the above, which to my mind leaves only two options. One - he could be deliberately trying to piss off his readers for pure shock value. Two - he's engaging in classic right-wing journalistic masturbation aimed at readers who enjoy nothing more than stewing in their own smug sense of superiority over those 'silly' poor people are 'silly', while simultaneously giving them an outlet for their righteous indignation over tax dollars going to social programs designed to help people who don't ever 'help themselves'. The first I can respect, although he's a far cry from a Christopher Hitchens in the wit department. The second I just can't get behind.

With that in mind, here is a Top Ten of my own dedicated to Jerry Agar and others like him. Call it 10 Ways Not To Be An Asshole Columnist, or something like that.

1) Ask yourself what the point of your article is. And unless it actually enlightens, entertains or shocks (in an entertaining or clever manner), think perhaps about writing something else.

2) Back up your facts when you make accusations. For example, if you're going to accuse poor people of mismanaging their finances (or buying athletic footwear that they can't afford), have at least some anecdotal evidence.

3) Try not to make the same point again and again while pretending they're different points. For example, "believing in the quick fix," "believing life itself is a lottery" and "believing in wishing and hoping" are, if I'm not mistaken, the same point worded in three different ways. That's annoying, and not to mention a transparently cheap way of padding your points to reach the number ten.

4) Don't make crass assumptions about people you don't know. When you say things like "Stay off illegal drugs and off alcohol if it causes problems in your life" you're essentially insinuating that everyone who is poor is an addict, which results in deepening existing stigmas against marginalized groups, thereby lessening people's likelihood of breaking out of poverty. (OK, this is kind of the same point as number two, but so important that I think it's worth mentioning twice.)

5) Don't insult your reader by stating the obvious. When you spout crap like "Drunks are bad at self-analysis," not only do you sound like an idiot but you're most likely to alienate your readership - unless your reader is of exactly the same mind as yourself, in which case they have no need for this article.

6) Don't foist advice on people that isn't really advice. If, for example, you say "Don’t have children until you are able to financially care for them" and your reader is an 18-year-old single mom struggling to get by, what do you expect her to do? Un-birth her child? Oh, and accusing her of being a 'child abuser' doesn't help.

7) If you're going to invoke scripture, do it properly. As my old pal Tyler Gingrich (aka The Political Pastor) pointed out to me, the line "God helps those who help themselves" is nowhere to be found in the Bible. In fact, many if not most Christians consider these words to be contrary to the Biblical message of God's grace. If nothing else, it's a tired cliche that doesn't really mean anything but is so prevalent that most people assume it's in the Good Book. It isn't.

8) If you're going to criticize government policy, offer some potential alternatives. As opposed to simply saying "We’ve spent billions on a “war on poverty” to negligible effect as there are still huge numbers of poor people" and "Perhaps we should demand more from people who stay on public support for decades and for successive generations," it would perhaps be more beneficial to offer some alternative strategies. To not do so suggests that you have no more idea than anyone else what to do to resolve the problem of inequality in our society.

9) Offering links to useful sources would be nice. The great thing about the Internet is that you can create links to other useful sources of information. And when it comes to a hugely consequential issue like poverty, you would think that the author would provide some 'further information'. Nobody's asking you to be an expert on everything. But it would be nice if you'd give credit to people who know more than you do on the subject, and have more to offer readers who are struggling to improve their lot in life.

10) Please stop repeating the line "It is not too much to ask." That's just annoying.

I should probably qualify all this by saying that I don't disagree with the assertion that individual bad decisions are a factor that contributes to the cycle of poverty. Nor am I some loony leftist whose response to everything is throwing more money at the problem. In fact, I do believe that we are a culture with a huge sense of entitlement much of the time, a characteristic that both the ideological left and the ideological right display in abundance - albeit of a different plumage. The ideological left expects government to coddle society. The ideological right gets incensed when asked to fork out for anything that doesn't directly apply to the individual taxpayer's narrow set of circumstances, such as alleviating poverty, solving the climate crisis or keeping ballet companies from going bankrupt.

Poverty is a colossally complex problem with innumerable factors, some of which are derived by personal behaviour and others that are tied to institutionalized inequality of one sort or another. My fundamental problem with the article in question is that it insinuates that all of us are born into this world with equal opportunities and that 'privilege' - be it of the racial, gender or socioeconomic variety - does not exist. I most strongly disagree and I would love to hear Jerry Agar's argument to the contrary.

Incidentally, your comments - bouquets and brickbats alike - are more than welcome. And Jerry, if you're reading this, I invite you with open arms to respond. And please be nice. It's not too much to ask.
Posted by Ben Freeland at 14:32