7 Countries Whose Names Are Wrong 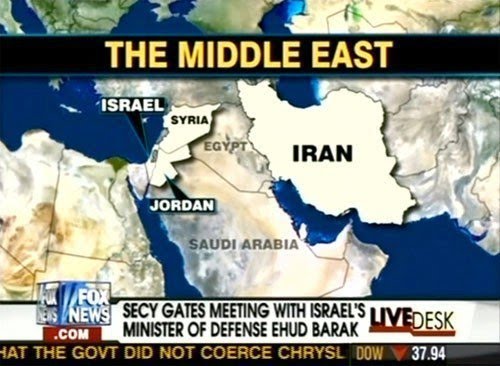 As the country once (and largely still) known as 'Burma' has made its initial tentative steps toward democracy following half a century of harsh military rule, an interesting conflict has emerged between the still-ruling generals and opposition leader Aung San Suu Kyi. The Burmese pro-democracy leader and Nobel Peace Prize winner has up to now stubbornly refused to refer to her home country as 'Myanmar' in spite of the country's official name change in the late 1980s. Now, with Suu Kyi's party negotiating its way into the country's political mainstream, the geriatric generals still in charge have issued a stern warning against referring to the country as 'Burma'.

The name 'Burma', the pro-Myanmar argument goes, is a vestige of British colonialism, an Anglicization of the name of the country's predominant ethnic group, the Burman (Bamar) people. The name 'Myanmar', by contrast, is an classical literary term for the same group - sort of like the use of the word Yamato for the Japanese nation.

Suu Kyi, by contrast, asserts that the name 'Myanmar' is a product of the massive government crackdown in 1988 and points out that the name change was imposed on the country without the slightest input from the Burmese people. (A whole host of names were changed during the same period - Rangoon to 'Yangon', Pagan to 'Bagan' and so on.)

So who's right in this debate? In a sense, both sides are. Burma/Myanmar (or 'The Country', as Hillary Clinton diplomatically called it on her recent trip there) is a diverse multiethnic society of which the Burmans are but one (albeit predominant) cultural and linguistic group. Suu Kyi further asserts that the government's name-changing campaign also saw a vast number of communities in non-Burman regions changed in ways that rendered them nonsensical in the Shan, Karen, Rohingya and other minority languages. In that sense, neither Burma nor Myanmar is cut out for the job.

But is this a big deal? After all, many countries have names that, when you really dig deep, don't make that much sense. Countries have been named for all sorts of bizarre reasons. Both Japan and Vietnam get their names from their geographical relationship to China. Nippon (日本) means 'Sun-Source' in reference to its easterly position to China, whereas Việt Nam is an inversion of 'Nam Việt' (南越), which refers to its southerly position vis-a-vis the ancient Chinese province of 'Yueh' - the antecedent to present-day Guangdong province.

Further west, the country known as 'Russia' gets its name from the 'Kievan Rus', which was located in present-day Ukraine, as does 'Belarus', while the name 'Ukraine' itself merely means 'borderland'. And then there's 'France', whose name means 'Land of the Franks', a Germanic tribe whose empire centred primarily on present-day Westphalia in Germany. Indeed, it seems that many of the world's most brazenly patriotic countries are named after other places.

Some country's names, however, are flat-out incorrect. However, in none of these cases has there been any move to change said names. For better or for worse, people have come to like their incorrect nomenclature - and in some cases the bizarreness of their names has become a matter of tongue-in-cheek national pride.

Canadians all know this story - at least we all learned it in junior high. 16th century French explorer Jacques Cartier and his scurvy-stricken crew were directed southward along the St. Lawrence River to what the locals referred to as Kanata. The settlement in question was in fact called Stadacona (located where Québec City now stands), what with kanata simply being an Iroquoian word for 'village', but the misunderstanding quickly stuck - and survives to this day.

At least with Canada it was an easy-to-fathom misunderstanding. The naming of the present-day Republic of Peru, on the other hand, was an act of geographical (and cultural) laziness to say the least. The name 'Peru' derives from a mispronunciation of Birú, a chief who ruled over a region near the Bay of San Miguel, Panama, in the early 16th century. For whatever reason, the Spanish conquistadors leapt to the assumption that the guy ruled everything south of what was then known to them, oblivious to the proud denizens of the Inca Empire and their imprint on the place. It certainly wasn't an auspicious start to this relationship.

The prevailing explanation of the etymology of this west African nation is rather similar to that of Canada. The story goes that the name derived from a miscommunication between local fishermen and the Portuguese explorers who arrived there in the 15th century, who interpreted the Wolof phrase sunu gaal, meaning 'our canoe', as the name of the river - and by proxy the country. While this explanation remains contested, the canoe story has embedded itself into Senegalese cultural lore and is often invoked in calls for national solidarity along the lines of "We're all in the same canoe."

Thanks to the DreamWorks film by the same name, many young North Americans are probably oblivious to the fact that Madagascar is an actual country. And of those who are aware of its actual existence off the coast of southeastern Africa, very few probably know that the name is not of local origin but was in fact conferred on it by the 13th century Venetian explorer Marco Polo, who mistook the place for Mogadishu. Granted, this was a more flattering comparison in the 13th century, when Mogadishu was a grant cultural and economic capital of East Africa, but it still a remarkably egregious mistake. 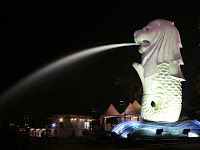 The modern city state of Singapore was first founded in the 14th century by a Tamil prince named Sang Nila Utama as part of the Srivijayan Empire. The name itself, an Anglization of the Sanskrit Singapura (सिंहपुर) - which means 'Lion City', derives from the prince's alleged spotting of a lion on the shores of where Singapore now stands. While the lion has since become an emblem of the place, unless it escaped from a local zoo it was almost certainly a tiger, as lions have never been an indigenous species to the region.

The name 'India' derives from the Indus River, which together with the Ganges and the Brahmaputra form the crucible of South Asian civilization. While not incorrect at its origins, the Indus, since 1947, has flowed in its entirety in Pakistan. Interestingly, Pakistan's name is also somewhat suspect - not so much incorrect as a product of wishful thinking, the product of an acronym of Punjab-Afghania-Kashmir-Sindh-Baluchistan. A reaching acronym to say the least, and not wholly accurate given the still disputed nature of Kashmir.

In a perverse turn of fate, man-made global warming may yet prove Erik Thorvaldsson to be a prophet of sorts. Nevertheless, this now autonomous country within the Kingdom of Denmark is probably the only country whose name was an act of fraud. The murderous 10th century Viking better known as Erik the Red who was exiled from his native Iceland for "some killings" had a great deal invested in attracting settlers to his western discovery, and figured that the name Grønland would do just that. While his ploy may have worked, the early Norse settlement in Greenland never got off to a good start and failed spectacularly in the end. Perhaps a more honest name would have helped.
Posted by Ben Freeland at 00:02