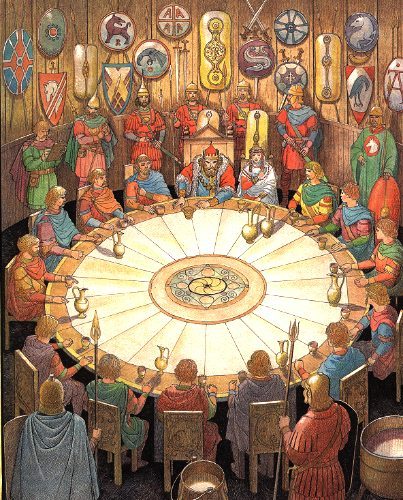 Every time the new year rolls around, just about every PR, communications and business management-related blog or forum comes out with its own list of annoying corporate neologisms and political buzzwords that deserve to bite the proverbial dust as expeditiously as possible.

I too have found myself writing light-heartedly acerbic posts about words and expressions that ought to be banned. Not surprisingly, this year's worst offenders' list includes 'fiscal cliff', 'job creators' and 'yolo' as well as stubborn hangers-on like 'guru', 'double down', 'the new normal' and 'a-ha factor'. As for me, the sooner that irritating expressions like 'lots of moving parts', 'synergy' and anything with the word 'robust' in it disappears from our business speak, the happier our workplaces will be.

But rather than focus on the words and expressions we love to hate, I would instead like to propose an infusion of new words into our daily parlance. Or, more to be more precise, I propose we revive some wonderful old words that have long fallen into disuse and breathe new life into them. Many of our extinct words are in fact delightfully punchy and compact words that strike me as very well-suited to our modern-day places of business.

What would we have to gain from reviving long-dead words and expressions? Firstly, a richer vocabulary means richer communication. What bothers me about much of our modern-day corporate lexicon is that it's frankly lazy English. Why can't we use real words instead of cheap constructs like 'core competency' or cartoon words like 'incentivize'? Secondly, the 140-character confines of the Tweet have made greater virtues than ever out of terseness. And thirdly - and this is the most important reason - it would be fun. And we all want to have fun in our work, don't we?

In selecting my top 20 candidates for vocab revival, I did my best to select words that a) would actually be useful, b) are short and concise enough for today's social media world, and c) sound cool. Some of these are fairly recent (i.e. 19th century) losses from the language, whereas others haven't been in popular parlance for over 500 years. Most of them are either verbs or nouns, although I've included a few choice adjectives as well. And as always, I'm open to other suggestions. Here we go.

Example: Jill may be acrasial but she gets the job done.

Meaning: To carry a burden.

Example: Geez, I didn't realize you wanted me to bajulate this event as well as plan it!

Example: I don't care if it's in your holy book! This misogynistic buncombe stops now!

Meaning: To obscure something, to make dark or indistinct.

Example: As Fukushima Daiichi was in full meltdown, TEPCO darkled the issue by making vague statements and shuffling officials from post to post.

Meaning: To compel or coerce, usually by force.

Example: If you think you can dragoon me into this joke of a settlement, you're very much mistaken!

Meaning: A state of nervous irritability.

Example: John Turner's fantods got the better of him as he lashed out at Brian Mulroney over patronage appointments and lost the debate.

Example: Just tell it to me straight; don't hide behind icasms and innuendo.

Meaning: Someone who does various odd jobs.

Example: She built a reputation as a jobler within the company and eventually rose to CEO.

Meaning: A ritual involving the sacrifice of many rams (or possibly any complicated and messy ordeal).

Example: If I had known this task would turn out to be such a krioboly I would have contracted it out.

Example: Paul Ryan's proposed economic mochlic will plunge half the country into poverty.

Meaning: A type of gladiatorial combat in Ancient Rome involving staged naval battles (or possibly any over-the-top and ghastly spectacle with an invariably messy outcome).

Example: I think we should all be patient with Obama, especially considering the naumachia that preceded him under the Bush administration.

Meaning: The state of breaking or bursting things.

Example: Larry's obrumpent performance as CEO left the company with a tattered reputation.

Meaning: Maintaining total control over every facet of something.

Example: Seriously, your omniregency over these proceedings is starting to piss us all off!

Example: A bit of persiflage with employees can help soothe nerves during performance reviews.

Example: Hard work and good planning are no substitute for a competitor's scaevity.

Meaning: The performance of more work than duty requires.

Example: Jenny, it's great that you have such a strong work ethic, but you should know that supererogation will just make everyone else resent you. Just nod, smile and do the minimum - that's how we roll.

Meaning: Multiplied by the same number; so many times a given quantity .

Example: China's tantuple economic growth began to peter out in the late 2000s.

Meaning: An assortment of minor sins or indiscretions.

Example: Look Fred, an early departure here and there and the occasional use of company property for personal use is one thing, but your venialia is starting to attract negative attention.

Example: The Watergate scandal exposed Nixon for the political wittol he was.

For those interested in these and other arcane expressions, The Phrontistery's Compendium of Lost Words is a great online resource.
Posted by Ben Freeland at 22:54