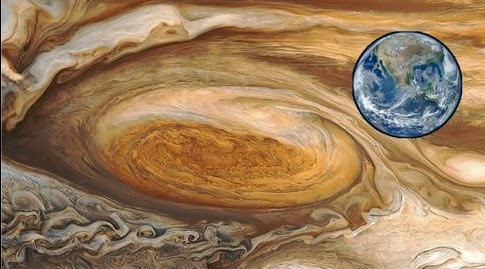 This poem was written for the Jen Mesch Dance Conspiracy performance at the Centennial Centre for Interdisciplinary Science (CCIS) building at the University of Alberta on March 12, 2015. The poem was inspired by radio-telescopic recordings of the sounds made by the planets in our solar system.

All the celestial bodies referenced here are in the video linked above. Enjoy!


What’s that sound?
Yes, that one
The ringing echoes
of the orb that wears the crown
This is Radio Free Jupiter!
Pugnacious punk ambient radiophonic red-spot rock ‘n’ roll
ringing through the solar system
like it was hers to begin with
Big sexy gas giant, switched-on solar circuitry with storms to burn

What’s that sound?
No, that one
That rumbling in the shadows
that frosty splash of sulphur ash aside the colossus
Hadal contrabass counterpoint
Volcanic blasts splattering at the swirling gaseous canvas
spread across its sky
Ionic artspace, Jackson Pollock studio, Jovian circuitry, silver and gold pockmarks
with guttural undulating undertones

What’s that sound?
No, that one
That swirling urgency
that plaintive pulse
from the dark side of the ringed one
singing and sobbing
Miranda is bleeding, scratched and forlorn
Saturnine by nature and temperament
forever howling at the canopy of night

What’s that sound?
Not that one, that one
For whom does that bell toll?
Ringing like arctic blasts
through a hundred haunted bell towers
Is this the solemn chill that calmed the waters to somnolent Sri Lanka?
The dissonant chimes that calls the Milky Way to prayer?
Váruna, Ouranos, sawing sideways through cosmic currents
buzzsaw of the beyond, slicing space with morbid grace

What’s that sound?
Yes, that one
That splash of blue ocean
amid the black beyond
delicately orchestrated typhoons
of silver strings
rhapsody in cobalt and ultramarine
Holst never stopped to listen to the blue voice
The Mystic, it turns out, was also the romantic

What’s that sound?
The slow hiss
Hubble’s dilemma
That pulsing spectral omnipresence
the gears of the cosmic wheelhouse
locking and grinding
forever stretching the perimeter
of the Eridanus Supervoid
Hello darkness, my old friend

What’s that sound?
Which one?
Posted by Ben Freeland at 23:13