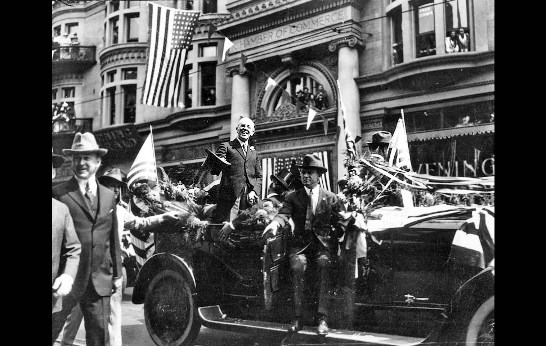 ﻿Anybody who has ever worked as a teacher knows how mind numbing the marking process can be. Just about every teacher has his or her own strategies for plowing through a mountain of exam papers or essays without completely losing their mind. As a former TA in 20th Century World History at the University of British Columbia, I've had to endure many an evening slogging my way through booklet after booklet of verbose regurgitations of in-class notes on Vimy Ridge and the sinking of the Lusitania or, even worse, intensely morbid essays on war atrocities that relished in every gory detail like a Saw movie.

What was my coping strategy? Generally a combination of beer and derision, specifically combing through exam papers and essays for the egregious and comical abuses of the English language. We've all been guilty of this, of course. We've all been in the position where we're frantically scribbling away in an exam booklet in the hope of half-blindly stumbling on enough correct points to get a decent mark. The result is generally a cornuccopia of wounded sentences, awkward constructions, breathtaking run-on-sentences (runs-on-sentence?), tautological assertions, and just flat out bizarre factual statements.

Here are some particularly good ones that I've been hanging onto some over the years for my own amusement. This is what you get when you're grasping at straws or trying to fill an exam booklet as quickly as possible.
﻿﻿
﻿﻿Syntaxed To Death

Mao was married at the age of 14 but his wife died three years later. Then Mao had countless relationships with many children.

Wilson is most famous for his “fourteen pants” which outlined the steps he felt needed to be taken.

Pubic opinion on the subject has varied over the course of history.

Mao Zedong and Adolf Hitler were considered one of the few greatest leaders that transformed their own countries in the early 20th Century.

In this way, both of them were one of the strongest countries in the Second World War.

Japan resumed its expansionist policies, especially in the Middle East.

﻿﻿ ﻿
Going for Broke (a.k.a. Trying To Fill An Entire Exam Booklet)


Mao Zedong and Okonkwo [the main protagonist in Chinua Achebe's novel Things Fall Apart] were more different than similar in many aspects. Being from different cultures, this is to be expected. They share some similarities, but it is evident that these two leaders did things and thought things differently from each other.

Perception is crucial in understanding history.

Educated guessing is a large component of media writing as the future is still open to any number of possibilities.

Throughout history, many events have occurred which have greatly impacted the world. Such events are also bound to keep happening.

In Japan’s case, the “two-two-six” rebellion is one such crisis that led to Japan’s involvement in WWII, and the subsequent history of the world.

﻿﻿These comparisons of documents and accounts provide a number of questions about the reliability and reasoning behind such discrepancies in the comparisons, establishing an understanding of the lengths the Great Leader would go in order to attain freedom for his people.


When juxtaposed on a comparative perspective, the methods Hitler and Stalin, of Germany and the Soviet Union respectively, implemented on their rise and solidification in power are very similar.

These two situations are similar in that they are opposite.

Stalin didn’t want to get his country involved with silly things such as world conquest.

As we live, we make history. The present is the history of the future, and the past is the future of our contemporary time.

Meanwhile, the Russia country was governed by the communist party under the Stalin Regime.

His views, albeit firmly believed, are often objective in regards to the external concerns, and only become prejudiced when the conflict strikes and internal locus.

When Nwoye [the protagonist's son in Things Fall Apart] becomes a Christian, he and his father fall apart.

This forced a period of hardship on the people triggering the despair of poverty, the anguish of war and the tragedies of death.

Just as in human nature, agreements on major events in history are fraught with inconsistencies, untruths and confusion.

[The soldiers in WWI] didn’t need or want absolutely anything else other than some food, rest, shelter, and most importantly, of course, not to end up dead.

The author writes his memoirs of his visits to the Front because the worm (or curiosity) of context got into his ahistorical apple.