(Poem) Waiting for a date in Shinjuku 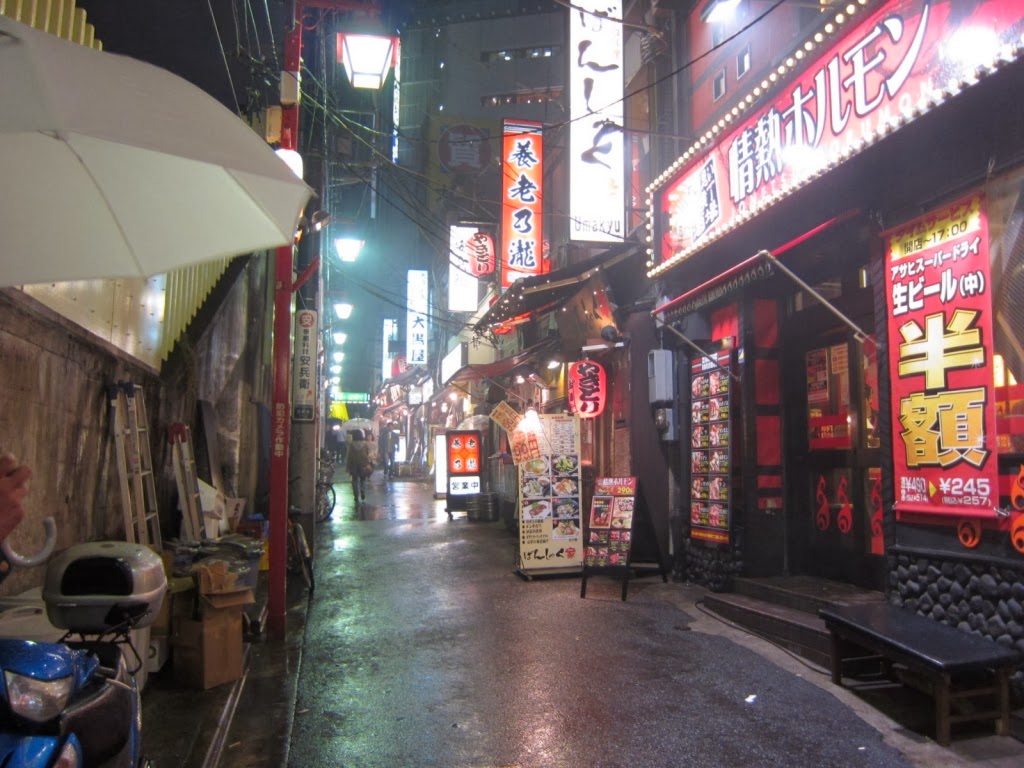 I stand here
Usagi in the headlights
In Omoide Yokocho
Piss alley turned memory lane
Isn’t drunkenness supposed to kill your memories - the ones the B29s couldn't?

It would all be too easy
To play the role of the drunken tengu
In the backalleys of Shinjuku
Hypnotized by the hanging masses, comforted by the steady hum
Of postwar light fixtures and the underground thrum

Pinpricks of towerlight tap my skull
Worker bees still at it
Keeping the city alight
And irrelevance-free
The modern still hasn’t punched out, don’t you know?
Posted by Ben Freeland at 00:27