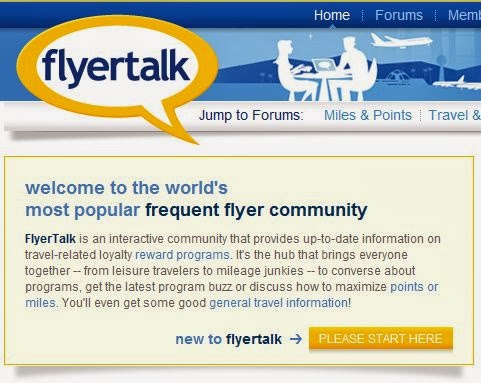 Last October, in the midst of a high-profile spat between Edmonton International Airport and Air Canada over the embattled Edmonton-London service, something interesting happened that changed my perspective on digital communications. I was contacted by an Edmonton lawyer and frequent flyer who is an active participant in the popular international frequent flyer chat forum FlyerTalk under the rather sassy handle "PunishedEdmontonian". He directed me to a lengthy and animated online conversation about the route in question, which appeared to be a pitched battle between EIA defenders and hidebound supporters of Air Canada.

He later asked me if I would be willing to organize an Edmonton meet-up for forum participants at the airport. I agreed, and some two months later I was playing host to a group of frequent flyers and aviation geeks in an event that included tours of EIA's ATC tower and centralized baggage system, presentations from EIA's gurus of operations, emergency, commercial development, air service development and parking/ground transportation, and some pints afterwards with a crowd that included journalists, municipal and provincial government staffers, lawyers, IT people and other assorted provocateurs and malcontents.

All this was an eye-opener for me because as a thirty-something social media obsessive, I had all but forgotten about Internet chat forums. While some part of my brain was cognizent of the fact that they still existed, I had incorrectly assumed that their once-enthusiastic denizens had for the most part, like me, moved onto Facebook, Twitter and other 2.0-vintage networking platforms. I could scarcely have been wronger. FlyerTalk, for example, has been around since 1998 (prehistoric in Internet terms) and has grown steadily, attracting anywhere between 27,000 and 52,000 daily unique visitors and has racked up over 20 million posts. Not bad for a communication tool widely perceived as having been eclipsed!

I bring this up because, as a professional communicator, there are very good reasons not to ignore Internet forums, particularly industry-relevant ones. In addition to it simply being bad business to ignore any group of stakeholders, chat forum participants are a very different breed from the majority of social media users in the following three regards:

1. They're a great source of information.

Web forums, particularly industry-specific ones, tend to attract very industry-savvy people. FlyerTalk participants, for example, are typically people who fly a great deal (certainly far more than I do) and therefore have a great deal of perspective on airports, airlines and other facets of the business I'm in and are therefore sources of information far too good to ignore.

2. They reach a very influential demographic.

While it's true that social media is no longer the exclusive domain of the young, the gap between social media users and non-users is still very much a generational one. (A recent survey shows the typical Twitter user is a 37-year-old woman.) Not surprisingly, the average age of an Internet chat forum, particularly one like FlyerTalk, is considerably older than the average Twitter or Facebook user - and indeed I was easily one of the youngest people among the 40-some people who attended my recent airport meet-up. It therefore goes without saying that if you want to reach our society's wealthiest and most influential demographic group online (i.e. Boomers), you're much more likely to find them on a forum like FlyerTalk than on, say, Twitter.

3. Their publics tend to care a lot.

Participants on forums like FlyerTalk aren't just highly informed. They also tend to be extremely passionate about whatever they're talking about. And unlike today's social networks, these people suffer from far less of the attention deficit disorder that comes with Facebook, Twitter and the like, with threads often continuing on for days and even weeks. From the standpoint of a professional communicators, web forums are a readymade arena for networking with potential intervening publics - people who will very enthusiastically transmit your key messages to the far reaches of the intertubes. Granted you'll have to fight off those who are dead-set against whatever you're doing, but it's a fight well worth fighting.

The other nice thing about web forums like FlyerTalk is they're actively monitored by moderators who do their best to ensure civility and respectfulness. So while discussions can often get heated (and they certainly did over the Air Canada-EIA snafu), it's still a stark departure from the sort of asinine commentary you typically see accompanying an online newspaper story or, for that matter, on the social networks. It's not always above the belt, but it tends to be. And the FlyerTalk folks who attended our event this week at EIA, while many of the differed in opinion about airport business and our airline partners, were respectful to a fault and all-around wonderful guests.

In the meantime I'm off to New Orleans next week for IABC's Leadership Institute conference, and from there returning home via Chicago for three days with my sister. And as I'll be using a total of four airports for the trip (and trusting United Airlines with my luggage), I'm definitely be checking in with my new BFFs at FlyerTalk. And for my fellow Gen-Y'ers out there, you'll be happy to know they're also on Twitter at @flyertalk. That should help me ease into it!
Posted by Ben Freeland at 15:03